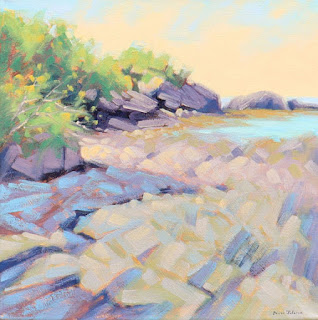 A while ago I painted a series of "rock" paintings. Three of them are in a fundraising auction this week, May 3 - 7, 2021. Funds are being raised to support the mission of Partners for World Health.

Painting # 1 is called, "Delightful Day" and was inspired by an early morning visit to Kettle Cove in . It was so peaceful and fun to watch the area on top of the cliff become illuminated by the sun.

Just for the fun of it, I searched the internet to see if I could come up with any interesting tidbits about the rocks in the cove.  I came across a blog post called, "Skipping Stones at Kettle Cove". The author wrote about how the rocks look like petrified wood but "are really ocean bottom rock split by stretched bands of quartz". 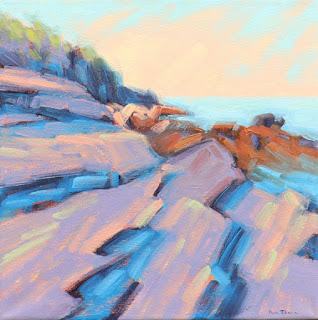 Painting #  2 is called, "Playful Day" and was inspired by the energetic rocks near the Lobster Shack at Two Lights in .

The rocks in this area were formed 420 million years ago. That period of time is known at the Silurian Period.

Now for a bit of geology from maine.gov...

"The layers of sediment that accumulated in that Silurian ocean are preserved in the rocks at Two Lights as light gray, massive quartzite and dark gray phyllite layers. The quartzite layers were originally sand or silt beds, and the phyllite layers were originally clay or mud beds. As the layers accumulated one on the other, some were deposited individually with sharp boundaries between them, and others were deposited as mixed masses in graded beds that change gradually from the bottom to the top of the layer." 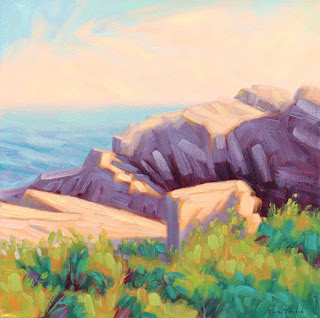 Painting #3 is called, "Luminous Day" and was inspired by the late afternoon light on the cliff walk at Prouts Neck in . This is the area of the coast where Winslow Homer painted. The cliff walk is a wonderful hike and a great way to enjoy "rocks"!

Please visit my Etsy Shop. http://Etsy.com/shop/DianaJohnsonFineArt Shop for small, original paintings.
This one is called “ October Gold”. All oil on canvas paintings are 20% off through November! 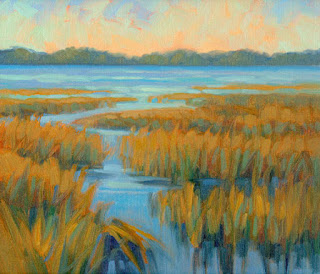 Posted by Diana Johnson's blog at Saturday, November 21, 2020 No comments: 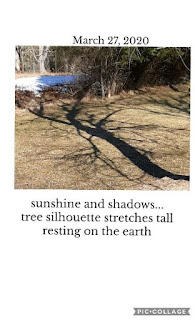 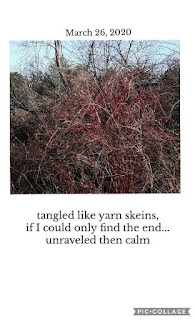 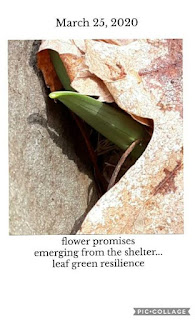 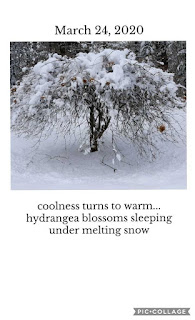 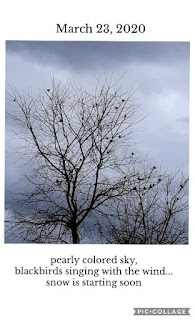 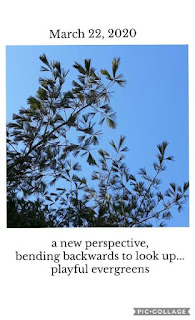 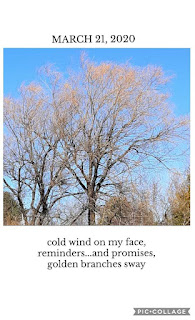 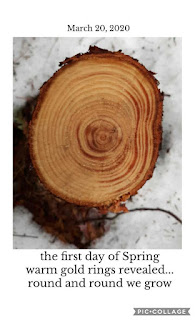 The day Maine got it's first case of COVID-19 I felt like the "rug was pulled out from under my feet". Needing to burn off nervous energy I started a walking project. I walk, snap a pic, and write a haiku. It helps. 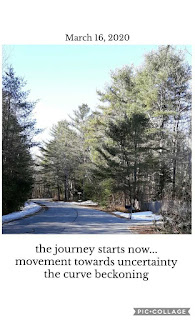 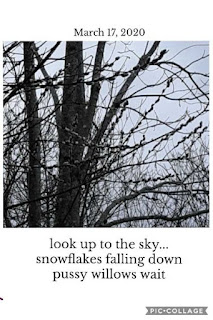 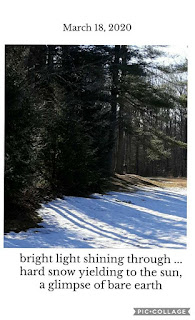 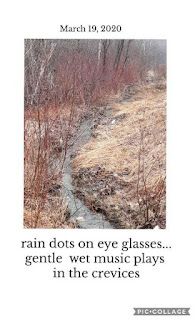 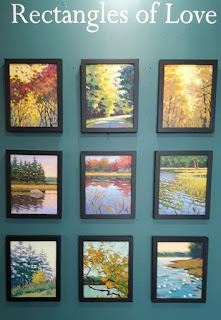 If you happen to be in Yarmouth on Saturday, Feb. 8, then stop by and visit the new show at the Yarmouth Frame and Gallery on Route One. The show is called "Rectangles of Love". My paintings are displayed on this yummy teal colored wall. The reception is from 4 to 7 p.m. Hope to see you!
Posted by Diana Johnson's blog at Friday, February 07, 2020 No comments:


Back to Blogging...finally! It's been more that two years since my last post.

This morning I woke up to a bit of a colorful sunrise after our first storm of the winter here in Maine. 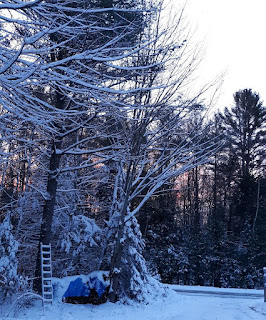 I have delivered paintings to the Yarmouth Frame & Gallery for the Holiday Show. The reception is December 7th. from 4 to 7 p.m. on Route 1 in Yarmouth. Stop by if you are in the area. Here is a photo of my paintings that are all ready hanging and ready for the reception! 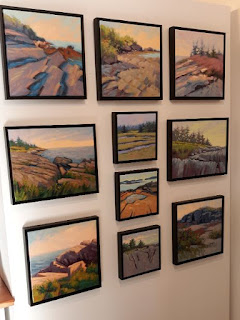 Posted by Diana Johnson's blog at Wednesday, December 04, 2019 No comments:

Diana Johnson's blog
This is a place to see some of my work and to read about what inspires me to paint. Thank you for visiting.

Many of the paintings posted on this blog are available to purchase. If interested, please contact me by e-mail with any questions. Thank you. info@DianaJohnsonFineArt.com
You can also visit my Etsy Shop where I have originals for sale. My Shop